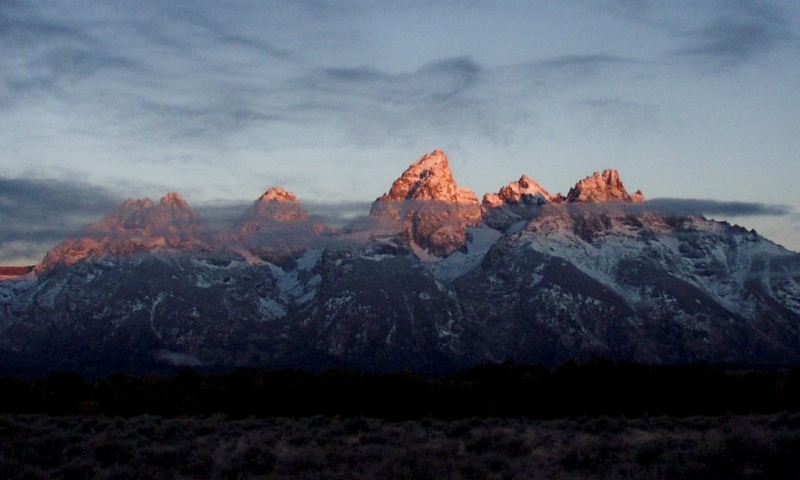 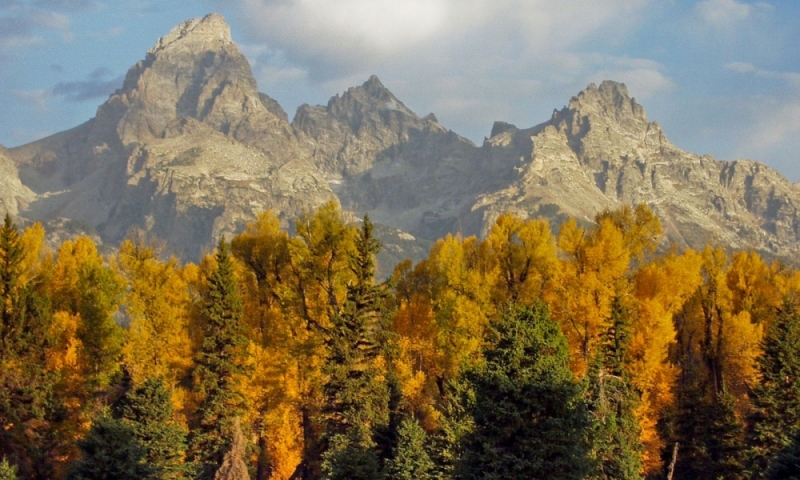 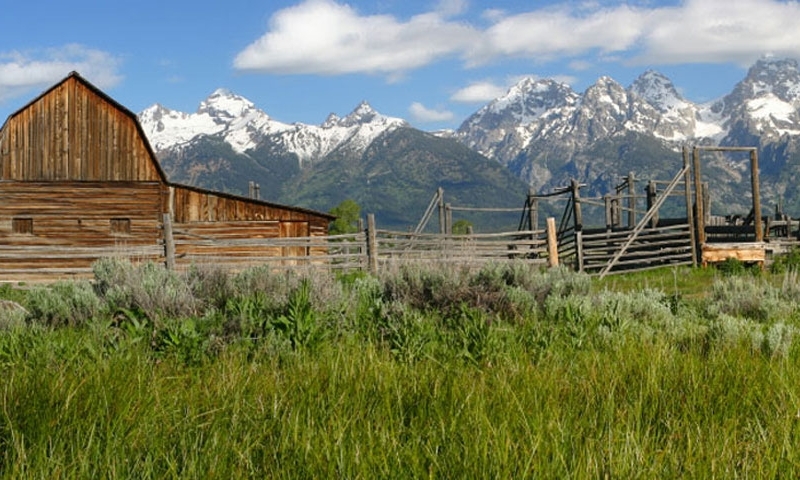 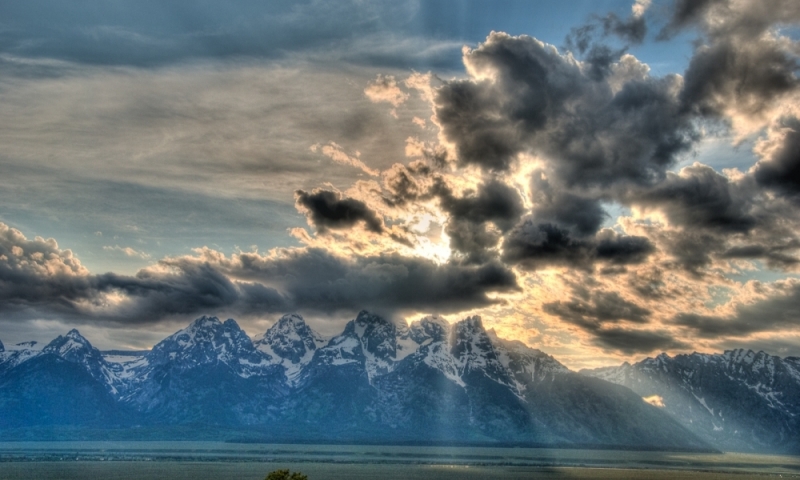 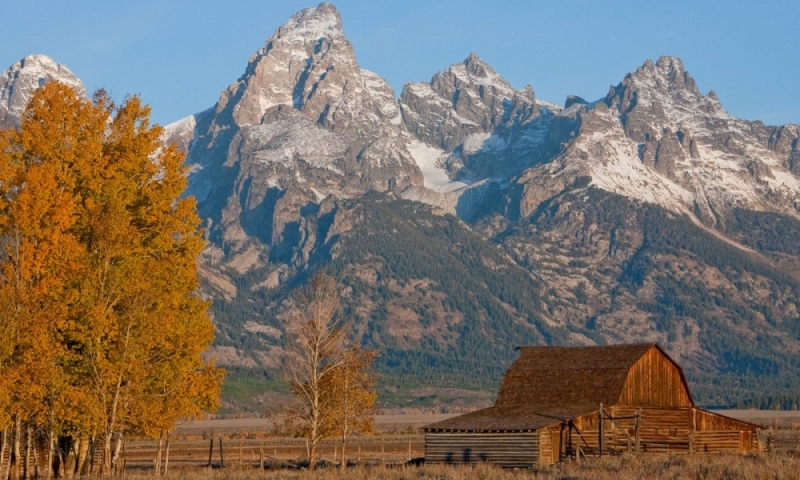 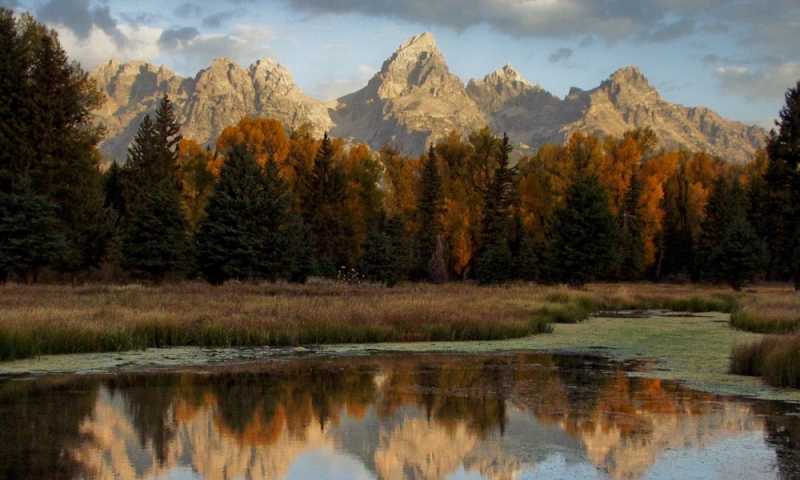 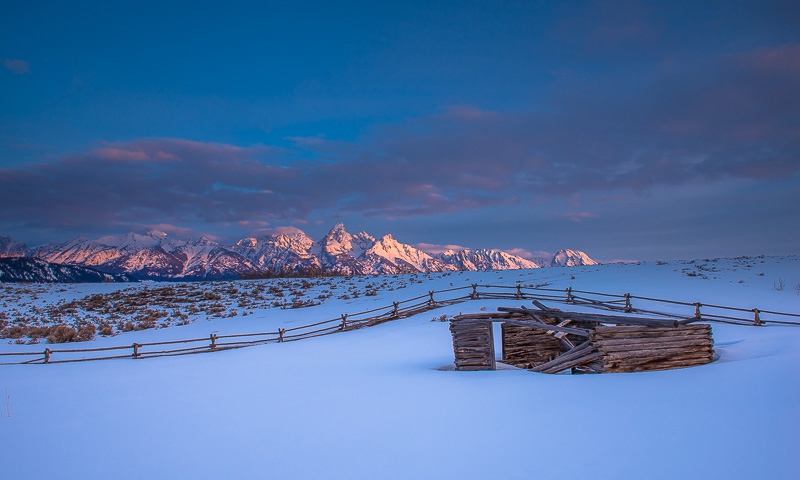 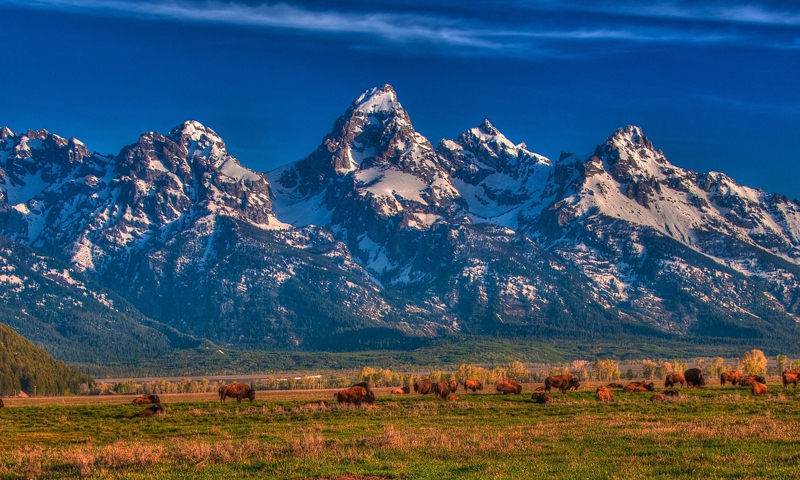 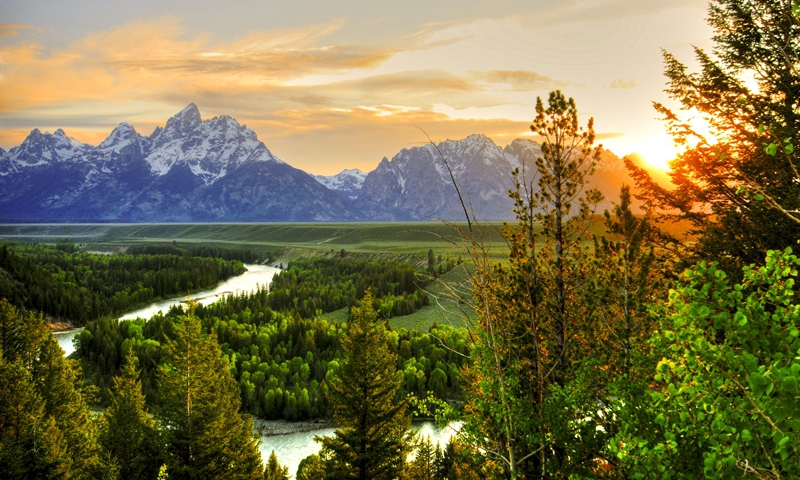 The Teton Range is the major highlight of Grand Teton National Park, attracting over 3 million people each year to gaze at their splendor.

The active Teton fault and super volcano, Yellowstone have created a dynamic land that is constantly changing. Grand Teton National Park highlights are numerous and each offers a better understanding of this natural phenomenon.

The Teton Range has more than twelve peaks at elevations greater than 12,000 feet, with its highest peak reaching 13,770 feet. Seven moraine lakes run along the base of the range, more than 100 alpine lakes can be found in the backcountry, and over 200 miles of trails traverse through the mountainous terrain.

You can start your exploration of Grand Teton National Park in either direction, but we would recommend that you plan to spend at least two days so as to be able to take in all the Park highlights. There is much to see and do in this scenic wonderland. For the purpose of this narrative, we are starting at the north end of the Park.

Jackson Lake and the North End of the Park

This wilderness corridor runs north south for approximately 8 miles between the two Parks. Its valleys are often dotted with elk and other wildlife.

Along the parkway, not far from Yellowstone, you'll come to the recently modernized Flagg Ranch, with gas, restaurants, lodging, and other services.

This vast body of water has filled a deep crevice that was left nearly 10,000 years ago by retreating glaciers. While it is a natural lake, it was dammed nearly a century ago.

The Snake River, which is fed from Jackson Lake, curves around a bend in the landscape known as Oxbow Bend. This is favorite wildlife-viewing float for canoeists.

This is the first development that you will encounter as you follow the east shore of Jackson Lake traveling from the north. Here is where boats launch, gas up, and moor from mid-May to mid-September.

A casual restaurant serves pizza during the summer, and there are numerous scenic pullouts along the lake that are good picnic spots.

Located just south of Leeks Marina is this busy outpost of park services where you can get groceries, postcards and stamps, T-shirts, and advice. At the Colter Bay Visitor Center, you can view park and wildlife videotapes and attend a park orientation slide program throughout the day.

Colter Bay has plenty of overnight options, from cabins and old-fashioned tent camps to a trailer park and campground.

The Indian Arts Museum at the Colter Bay Visitor Center is worth a visit, although it is not strictly about the Native American cultures of this area.

As you travel southeastward, you will come upon Jackson Lake Lodge, a snazzy 1950s-style resort with a great view of the Tetons and brushy flats in the foreground where moose and coyotes often roam. Numerous hiking trails emanate from here.

Turning right (west) at Jackson Lake Junction and going another five miles places you at Signal Mountain. This is a developed recreation area, on Jackson Lake's southeast shore, offering camping sites, accommodations in cabins and multiplex units, two restaurants, and a lounge with one of the few televisions in the park. You can also get gas and groceries here.

Jenny Lake and the South End of the Park

Continuing south along Teton Park Road, you move into the park's southern half, where the tallest peaks rise abruptly above a succession of small, crystalline lakes -- Leigh Lake, the appropriately named String Lake, and Jenny Lake, beloved by many visitors.

In summer, beautiful Jenny Lake attracts its share of crowds -- hikers who circumnavigate the lake on a 6-mile trail, as well as more sedentary folks who pay for a boat ride across the lake to Hidden Falls and the short steep climb to Inspiration Point.

This scenic turnout presents a view of a glacier that grew for several hundred years until, pressured by the increasing summer temperatures of the past century, it reversed course and began retreating.

This is the south entrance to the Park, near Moose. This facility also houses Park Headquarters. If you are approaching the park from the south rather than the north, this is where you'll get maps, advice, and some interpretive displays.

Just behind the visitor center is Menors Ferry. Bill Menor had a country store and operated a ferry across the Snake River at Moose back in the late 1800s. The ferry and store have been reconstructed, and you can buy items like those once sold here.

Built in 1925, this chapel was constructed so that settlers wouldn't have to make the long buckboard ride into Jackson. It's still in use for Episcopal services from spring to fall.

This small village area is located just south of the visitor center on a private holding of land owned by one of the area's earliest homesteading families. There are a few shops and a grocery store, a post office, rental cabins, a bar with occasional live music, and a first-rate wine shop.

East Side of the Park

At Moose Junction, just east of the visitor center, drivers can rejoin the highway and either turn south to Jackson and the Gros Ventre turn or cruise north up U.S. Hwy. 26/89/191 to Moran Junction. This 18-mile trip is the fastest route through Grand Teton National Park and, being farther from the mountains, offers a broader view of the mountain range.

The junction of U.S. Hwy. 89 with Antelope Flats Road is 1 1/4 miles north of the Moose Junction. If you continue straight on Antelope Flats Road, you'll reach the Teton Science Schools at the road's end, about a 5-mile trip. The school offers interesting learning-vacation programs.

Mormon Row is located off of Antelope Flats Rd, about one mile east from Hwy 26/89/191. Today, six homesteads and a single ruin provide visitors a glimpse into the past of the early Mormon settlers.

This is an ideal place to retreat from the crowds and view bald eagles, osprey, moose, river other, and beaver. It can be found at the end of a 1-mile, fairly well maintained dirt road that leads down to the Snake River. This turnoff is approximately 4 ½ miles north of the Moose Junction.

This non-descript historical site was the place at which homesteaders Pierce and Margaret Cunningham built their ranch in 1890. By 1928, they had been defeated by the elements and sold out to Rockefeller's Snake River Land Co. You can visit it at any time for a peek into the rough life of early Jackson Hole ranchers. 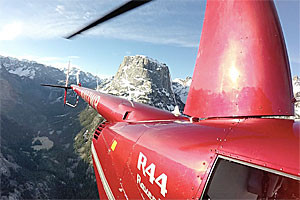 Head to Moab Utah and visit this scenic wonder!